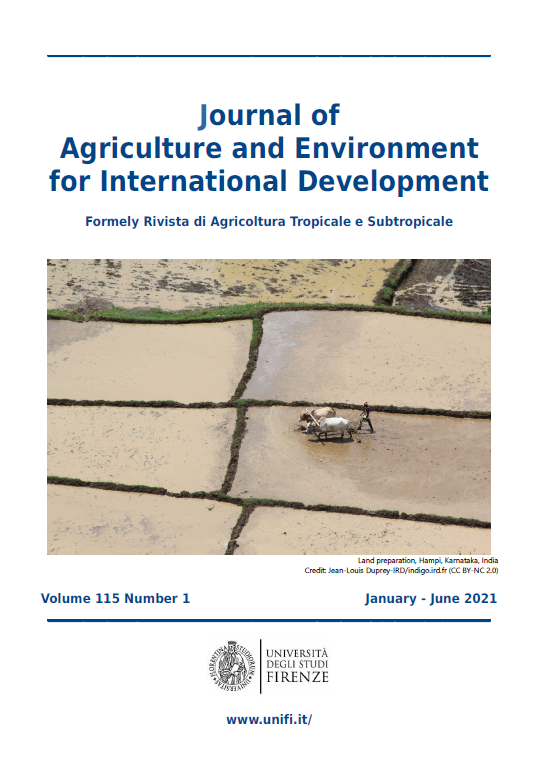 Coffee is an important export commodity for the Ethiopian economy and also used for honey production. This study was aimed to identify the effect of temperature and humidity on nectar volume, the nectar secretion dynamics, honey production potentiality, and the number of bee colonies required to be placed in a hectare of coffee plantation for optimum honey production. The study was conducted in Gera District western Ethiopia. One day before nectar measuring, 5 inflorescences were covered with fine mesh bags on a different part of the tree. From covered inflorescences, twenty flowers per tree were randomly selected and nectar volume was measured using micropipettes. Accordingly, nectar volume and concentration, temperature, and air humidity were measured with an interval of one hour. The average nectar volume (µl) per flower in 24 hours, sugar amount per tree (g), expected honey yield per tree (kg) and honey (kg) production potential per hectare for C. arabica were 3.3 + 0.2, 0.040 + 3, 0.050 + 4 and 125 kg (25-275 kg), respectively. The actual harvestable amount of honey is half of the potential (62.5 kg/ha). If a kilogram of C. arabica honey would be valued at 6.25 USD, the total financial to be expected is $ 390.63 per hectare. The mean nectar volume and concentration have significant differences (p<0.05) at different hours of the day. Nectar volume was positively correlated with humidity while concentration positively correlated with temperature. One hectare of productive trees of C. arabica holds 4 or 3 or 2 honeybee colonies for traditional or transitional or frame hives respectively. From this study, it is concluded that Coffee is not economically valuable only for its seeds, but also for honey production. Therefore, the integration of coffee plantations with beekeeping is recommended.