College of Agriculture and Natural Resources 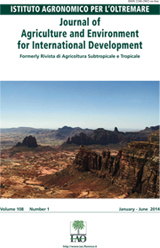 An existence of information in the form database and full knowledge of grazing land vegetation resources and trend over time is essential for management decisions. This study was conducted in Kiltew -Awelaelo, eastern Tigray, Ethiopia. The study aimed to investigate species composition and diversity of the herbaceous vegetation, and examine the physical soil condition of the grazing lands. A total of 45 quadrats measuring 20m×20m (400m2) were laid out in 15 sample sites from three corresponding land use types (i.e. ten year enclosure, five year enclosure and open grazing land). From each land use type five sites having three quadrats were investigated. Each quadrat was laid out at an interval of 400m in five parallel transects each 200m apart from other. To collect data of herbaceous and soil five randomly located 1m2 area each, was selected and marked, within each 400m2 sample quadrat of sample sites located along the main transect. There was significant (P<0.05) difference for soil erosion and compaction between the land use types, high degree of soil erosion and compaction exhibited in the open gazing land use. The study was also evidenced that significance (P<0.05) variation between land use type in grass species composition, basal cover, age category, and herbaceous richness. More or less relatively higher mean value for all these parameters were recorded in the ten year enclosure land use type and intermediate value scored by five year enclosure followed by the open grazing land use. A total of 23 species of grasses and 53 none-grass species were recorded and very few grasses occurred in open grazing land use type. Whereas in the two enclosure land use types important grasses such as Bracharia sp., Bromus pectinatus, Chloris gayana, Cenchurs cilarias, chloris radiata, Cynodon dactylon, Dactyloctenium aegyptium, Digitaria Velutina, Eragrostis teniufolia, Lintonia nutans, Setaria pumila, Seteria verticillate, and Tragus racemosus all occurred frequently forming the major constituents of the sites. Therefore, regeneration from area enclosure can be on advocated practice for grazing lands rehabilitation.
PDF