Glyphosate in Agriculture: Environmental Persistence and Effects on Animals. A Review 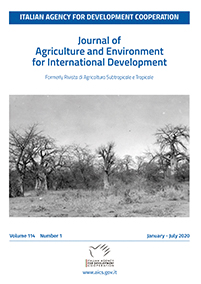 Glyphosate, in the history of agriculture, is one of the most commonly used herbicide, due to its high effectiveness and low cost compared to other solutions. Glyphosate based herbicides (GBHs), however, have been the subject of a long series of concerns and doubts, especially for public opinion and mass-media, concerning their possible toxic effects on humans and animals. In this paper, the most cited scientific literature about the persistence and possible toxicity of glyphosate and its formulations on animals has been revised. The different commercially-available formulations of GBHs contain diverse amounts of active ingredient (AI) and formulants. Therefore it is difficult to compare the many toxicity studies on animals, also because the researches currently available differ from each other, not only for the glyphosate formulations analyzed, but also for the animal’s species tested, exposure times, for the treatment doses, etc. However, the results of this study, lead to the conclusion that there is a need for further research regarding the mechanisms of persistence in the environment of GBHs, the interference of glyphosate on reproductive cells and organs of animals, and the potential long-term toxic effects of this herbicide on animals.